OFDMA and the unrealistic expectations

I have noticed that many of our colleagues in the WiFi community have been expressing their disappointment with the 802.11ax OFDMA performance. I remember having a similar feeling at one-point in time during the early stages of experimenting with OFDMA. At first, I was excited to find some cases where OFDMA was superior in performance to CSMA/CA but as testing progressed, I also found many other cases where CSMA/CA performance was equal to or, in many cases superior to OFDMA. I felt disappointed as well. In my head OFDMA was supposed to bring order to a random and chaotic WiFi medium.

When OFDMA was announced as part of the 802.11ax standard everyone was thrilled. Many thought it would become the silver bullet to all our WiFi problems. Since the early days of WiFi, we have been trying to control the medium and how and when clients have access to it. PCF (Point coordination function) is a good example on our early attempts to control the medium.

OFDMA as an access method might be new to WiFi but, it has been a well-established method of access in the cellular world for at least 10-15 years now. I believe the idea that OFDMA was supposed to transform WiFi networks into a cellular-like synced networks is the source of which the disappointment stems from.

After almost 2 years of testing OFDMA as part of the new 802.11ax standard, I can fairly say that it works. I have forced APs in OFDMA mode only and gone through numerous test case scenarios, whereas I mentioned above, I found cases where it was superior to CSMA/CA but also many cases where it was not. I have felt the disappointment that many of my colleagues are expressing now. Then it hit me! It wasn’t OFDMA that was flawed, it was my unrealistic expectation of it.

OFDMA as a part of the 802.11ax standard was not meant to replace CSMA/CA, nor was it meant to transform WiFi into a cellular-like network. It was meant to complement CSMA/CA. To fill the gaps where CSMA/CA falls short. The real advantage of an 802.11ax AP is not its ability to use OFDMA on the UL or the DL nor its ability to use MU-MIMO. The real advantage is to know when to use them.

An 802.11ax AP’s scheduler is the real MVP. It is the brain that decides when using OFDMA over CSMA/CA is beneficial and when it is not. Most of the shortage in OFDMA performance that many observe is not due to flaws within the OFDMA itself as an access method. It is mostly due to the failure of the scheduler in applying OFDMA to right cases. Knowing when to use OFDMA or not is a complicated process. Many factors come into play. To name a few, packet sizes, SNR, throughput rates, clients’ configuration, and number of clients. A scheduler’s job is to take into account all these factors and many more, and make decisions on a packet per packet basis on whether to use SU-MIMO, OFDMA, MU-MIMO, or a combination of OFDMA and MU-MIMO. If this sounds like a very difficult and highly sophisticated thing to do, because it is. What differentiate 802.11ax APs from each other’s in performance is not their ability to perform OFDMA or MU-MIMO, it is their schedulers ability to choose the right technique, or the right combination of techniques for a certain traffic flow. 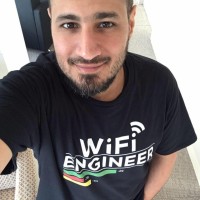 I guess design of a smart scheduler is a good research area .It should follow the lead of Intelligent control using soft computing techniques .